Director of Community and Economic Justice 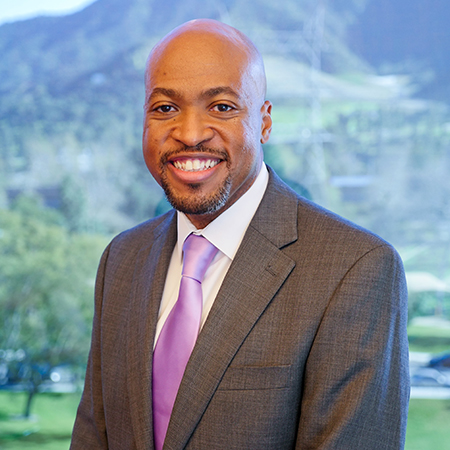 As Director of Community and Economic Justice, Wilbert (Will) Watts oversees LAFLA’s legal services, advocacy, and policy work on behalf of our client communities, including veterans, immigrants, non-English speakers, domestic violence survivors, patients with LAFLA’s healthcare partners, and the formerly incarcerated or those with past contact with the criminal justice system.

Prior to joining LAFLA in 2019 as the Managing Attorney for the South LA office and the Housing and Communities Workgroup, Will held a variety of positions advocating for justice on behalf of low-income and disenfranchised communities throughout Los Angeles. As a faculty member at UCLA School of Law, he launched the Veterans Legal Clinic; as its Co-Director, he facilitated assistance to veterans, their caregivers and families at the U.S. Department of Veterans Affairs (West Los Angeles). Prior to academia, Will was the Directing Attorney for the Homelessness Prevention Law Project of Public Counsel where he directed the project’s state and local policy work on behalf of unhoused individuals, as well as its government benefits and housing work.

Will served as a partner at DLA Piper LLP where he practiced in all areas of real estate representing major financial institutions, investment funds, developers of major projects throughout Southern California, and insurance companies. His numerous board and civic activities include serving as a Los Angeles County Commissioner on behalf of former Supervisor Mark Ridley Thomas and as a board member of the agency responsible for planning and overseeing the allocation of U.S. Department of Housing and Urban Development funding to address the needs of unhoused individuals and those at risk of homelessness in Pasadena. He was named a Southern California Rising Star by Super Lawyers magazine and, in 2010, was bestowed one of the National LGBT Bar Association’s inaugural 40 Best LGBT Lawyers Under 40 awards.