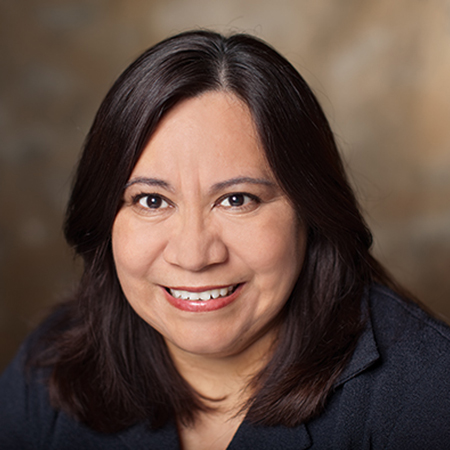 Silvia Argueta is the Executive Director at the Legal Aid Foundation of Los Angeles, the frontline law firm for low-income individuals in Los Angeles County. LAFLA is committed to promoting access to justice, strengthening communities, fighting discrimination, and effecting systemic change through representation, advocacy, and community education. Silvia leads a seventy-one lawyer non-profit law firm and 60 staff with five offices, four self-help centers, three courthouse domestic violence clinics. She oversees an annual budget of over $16 million and all aspects of strategy, legal advocacy, finance, fund development, and technology. She recently oversaw an $18 million capital campaign and construction of LAFLA’s new headquarters, a cornerstone of justice that brings respect and dignity to both clients and staff. Silvia’s career has been devoted to achieving equal justice using direct representation, civil litigation and policy to effect change.

Prior to joining LAFLA in 1999, she was a staff attorney at the Mexican American Legal Defense and Education Fund where she worked on education, employment and immigration issues and prior to that at the American Civil Liberties Union Foundation of Southern California where her work focused on civil rights litigation and policy. She attended UCLA and obtained her degrees in Political Science and French in 1985. She received her law degree from UC Hastings College of the Law in 1989.