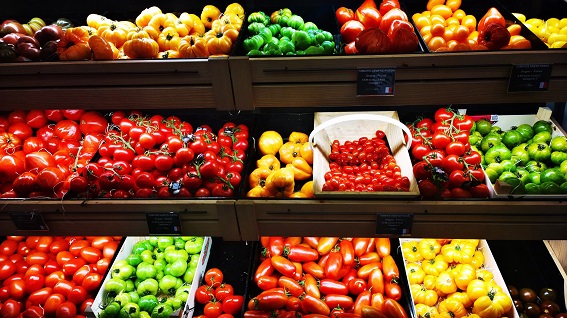 Los Angeles, CA — The California Court of Appeal has ruled that the Department of Social Services must replace CalFresh benefits (formerly “food stamps”) when they are electronically stolen from recipients. Attorneys with Legal Aid Foundation of Los Angeles (LAFLA) and Western Center on Law & Poverty represented plaintiffs Esther Ortega and Joe Soza, both of whom are recipients of CalFresh benefits who experienced electronic theft. Hunger Action Los Angeles, an organization working to end hunger and promote healthy eating through advocacy, direct service, and organizing, was also an organizational plaintiff in the case.

“This decision makes it clear that people don’t have to go hungry if through no fault of their own, their CalFresh benefits are stolen,” said Frank Tamborello, Executive Director of Hunger Action LA. “It’s especially critical during this pandemic, with hunger at an all-time high and electronic theft increasing.”

The Court of Appeal decision in Esther Ortega et al., v. Kimberley Johnson, et al. reverses a trial court decision that said the state is not responsible for replacing stolen benefits, and requires reversal of the California Department of Social Services’ previous denial of the plaintiffs’ requests for replacement benefits.

“It’s disappointing that a high-tech and food-abundant place like California has been failing to protect poor households against the electronic theft of food benefits, as existing regulations require,” said Andrew Kazakes, a LAFLA Staff Attorney who worked on the case. “This decision will bring welcome relief to victims of EBT skimming theft across the state, especially during the pandemic when the importance of food security is that much greater.”

Ms. Ortega and Mr. Soza both had their food benefits stolen by people who obtained their account numbers and PIN’s (Personal Identification Number) — a form of theft that has become increasingly common. The thieves made unauthorized transactions using their account information, and drained close to their entire monthly allotment of CalFresh benefits.

As electronic theft becomes more technologically sophisticated, more low-income Californians are left without essential anti-hunger food benefits, even when they protect their EBT cards and personal information. The result in this case will ensure that CalFresh recipients have their benefits replaced when they are stolen by electronic thieves, and that they don’t go hungry when they are victims of high-tech theft.

“What’s most striking is that the California Department of Social Services acknowledged that the plaintiffs were not at fault in the theft of their benefits, but still left them to bear the loss,” said Alexander Prieto, a Senior Attorney on the case for Western Center. “The Department knows that people’s benefits are being stolen electronically. It puts out notices and warnings; yet before this ruling, it ignored the requirement to ensure that victims of the crimes receive their crucial food benefits.”

California’s CalFresh rules protect electronic theft victims, but replacing benefits is optional under federal law, which ultimately governs CalFresh and similar programs in other states, even though the United States Department of Agriculture also knows the benefits are vulnerable to theft. “Hopefully this ruling sets the stage for a better federal model,” Prieto said.

The point of food assistance is to make sure people can eat. With California and the country both experiencing record levels of hunger, it’s vitally important for government to safeguard necessary food assistance for eligible recipients. This ruling is an important step for Californians who rely on CalFresh benefits to prevent hunger.

LAFLA can help you with housing, government benefits, domestic violence, immigration, and more.