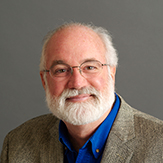 Jesuit Father Gregory J. Boyle is the founder and executive director of Homeboy Industries in Los Angeles. From 1986 to 1992, Father Boyle served as pastor of Dolores Mission Church in the Boyle Heights neighborhood of East LA, then the poorest Catholic parish in the city, located between two large public housing projects and the territories of numerous gangs.

By 1988, he and parish and community members started what would eventually become Homeboy Industries, now the largest and most successful gang-intervention, rehabilitation, and re-entry program in the world. Homeboy trains and employs former gang members in a range of social enterprises, as well as provides critical services to over 10,000 people who walk through its doors every year seeking a better life. Father Boyle is the author of the 2010 New York Times bestseller Tattoos on the Heart: The Power of Boundless Compassion. He is the subject of Academy Award winner Freida Lee Mock’s 2012 documentary, G-Dog. He has received the California Peace Prize and been inducted into the California Hall of Fame. In 2014, the White House named Father Boyle a Champion of Change. He was named 2016 Humanitarian of the Year by the James Beard Foundation, the national culinary-arts organization. 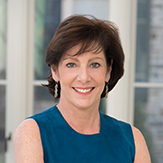 Beth A. Wilkinson is a founding partner at Wilkinson Walsh + Eskovitz LLP. With almost 30 years of experience and an unrivaled record of victories in both federal and state courts throughout the country, Beth is a powerhouse lawyer who is able to win difficult bet-the-company, high-stake trials. Having been lead counsel in over 40 jury trials, Beth has proven herself to be a powerful and influential attorney in the litigation field.

Throughout her career, Beth has done pro bono work, served on boards and taught trial advocacy. Most recently, Beth served on the board of Equal Justice Works and was the co-chairman of the of the Constitution Project’s Death Penalty Initiative. Beth has testified in front of both the House of Representatives and the U.S. Senate on death penalty issues.

Beth was recently named a Litigator of the Year by The American Lawyer, a Law360 Trial Ace, a National Law Journal Winning Litigator, and was the 2015 recipient of Chambers’ prestigious Business Trial Lawyer of the Year award. Widely acknowledged as one of the nation’s leading trial lawyers, Beth has been praised for her ability to take command in the courtroom and win difficult litigations. 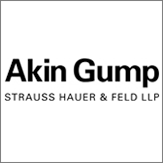 Akin Gump has been a longtime supporter of LAFLA’s immigration projects. Over the years, the firm has taken many U visa and VAWA cases, helping numerous clients obtain the right to remain in the US. In 2015, the firm donated close to 700 hours of pro bono work to LAFLA’s immigration clients. We honor and thank Akin Gump for its incredible work for both LAFLA and our clients.

For sponsorship information, please contact Lynn Etkins at
LEtkins@lafla.org or (323) 801-7929