The Access to Justice Dinner is held every year in honor of those in our community who go above and beyond to provide justice and hope for those who are less fortunate. This year, due to the COVID-19 crisis, we will hold an Access to Justice Virtual Event. 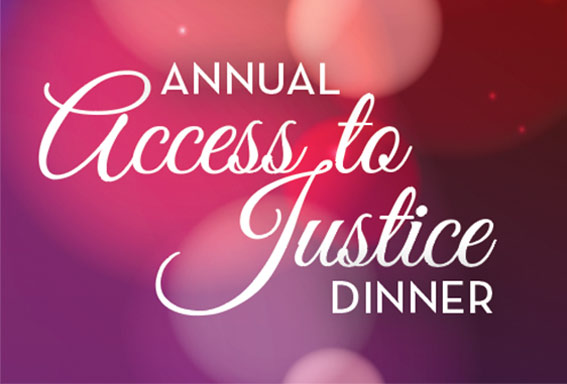 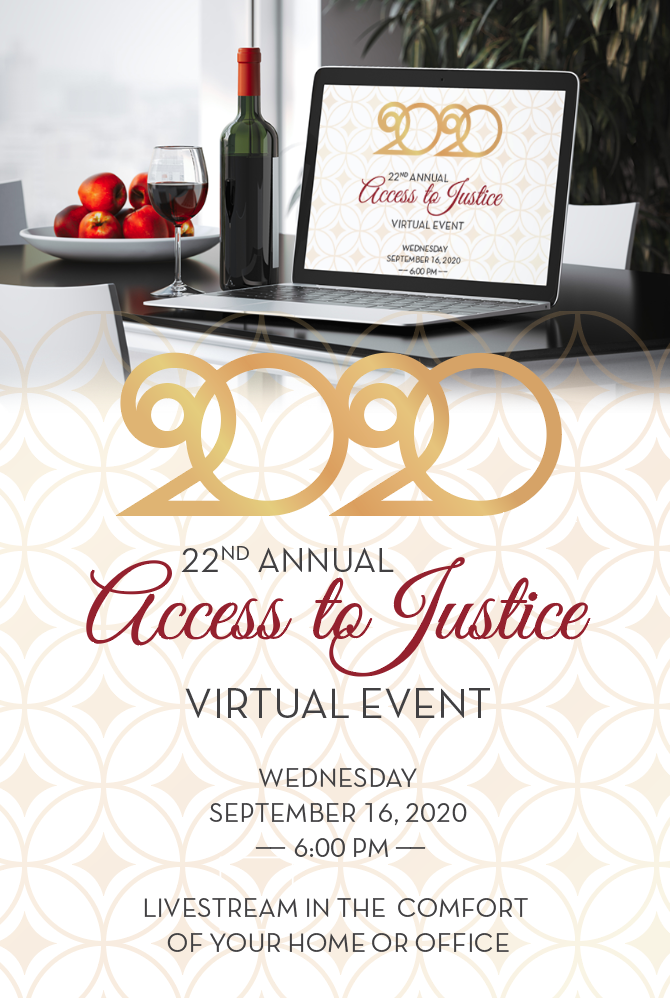 Thank you to our 2019 Sponsors 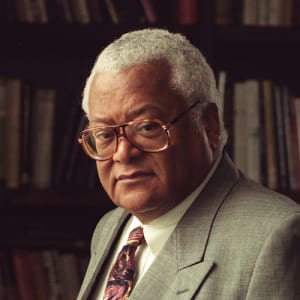 Rev. James Lawson introduced the principles of Gandhian nonviolence to many future leaders of the 1960s Civil Rights Movement. Born in western Pennsylvania and raised in Ohio, he spent a year in prison as a conscientious objector during the Korean War, as well as three years as a Methodist missionary in India, where he was deeply influenced by the philosophy and techniques of nonviolent resistance developed by Mohandas Gandhi and his followers.

While enrolled as a divinity student at Oberlin College, Lawson met Martin Luther King, Jr., who urged Lawson to postpone his studies and take an active role in the Civil Rights Movement. “We don’t have anyone like you,” King told him.

Following King’s advice, Lawson headed South as a field secretary for the Fellowship of Reconciliation. In Nashville, TN, he helped organize the Nashville Student Movement’s successful sit-in campaign of 1960 and was expelled from Vanderbilt University School of Divinity as a result. He trained Diane Nash, Bernard Lafayette, John Lewis and many others through his famous workshops on the tactics of nonviolent direct action.

When the original CORE Freedom Ride stalled in Birmingham, AL, Lawson urged the Nashville Student Movement to continue the Freedom Rides. He conducted workshops on nonviolent resistance while the Freedom Riders spent several days holed up in the Montgomery, AL home of Dr. Richard Harris. During an impromptu press conference on the National Guard-escorted bus that traveled from Montgomery to Jackson, MS, he told reporters that the Freedom Riders “would rather risk violence and be able to travel like ordinary passengers” than rely on armed guards who did not understand their philosophy of combating “violence and hate” by “absorbing it without returning it in kind.”

In 1968, Lawson chaired the strike committee for sanitation workers in Memphis, TN. At Lawson’s request, Martin Luther King, Jr. spoke to the striking workers on the day before his assassination. In 1974, Lawson moved to Los Angeles to lead Holman United Methodist Church where he served as pastor for 25 years before retiring in 1999. Throughout his career and into retirement, he has remained active in various human rights advocacy campaigns, including immigrant rights and opposition to war and militarism. In recent years he has been a distinguished visiting professor at Vanderbilt University. 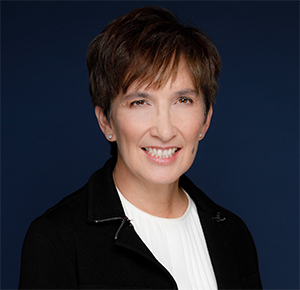 Before the March 2019 spin off of FOX by 21st Century Fox and the establishment of FOX as a standalone public company, Ms. Tuzon served for 15 years as Executive Vice President and General Counsel for Fox Networks Group (FNG), where she supervised business and legal affairs and human resources and oversaw several business operations units. Fox Networks Group included Fox Broadcasting Company, FX Networks, FOX Sports Media Group, Fox Digital Media, and National Geographic Partners. Ms. Tuzon also oversaw the business and legal affairs of the international divisions of Fox Networks Group, headquartered in Europe, Asia and Latin America. Ms. Tuzon has served on numerous boards, including National Geographic Channel, and was part of the founding team of BTN (formerly Big Ten Network, a joint venture with the Big Ten Conference) on whose board she still serves.

Before joining Fox in 1997, Ms. Tuzon was a litigation partner for five years at the entertainment and commercial law firm of Hill Wynne Troop and Meisinger. Ms. Tuzon graduated from Stanford University with a bachelor’s degree in human biology and earned her law degree from UC Berkeley’s Boalt School of Law.

Ms. Tuzon has been recognized in the entertainment business and legal community for her leadership and expertise. In 2016, The National Law Journal named her one of America’s 50 Outstanding General Counsels. The Hollywood Reporter honored Ms. Tuzon with the Raising the Bar Award as well as a regular place on its annual Women in Entertainment Power 100 list. She was named Variety‘s Legal Impact Counsel of the Year for 2015 and inducted into the 2010 class of Multichannel News Wonder Woman. Ms. Tuzon is routinely included at the top level of Cablefax’s annual rankings of the Most Influential Minorities in Cable, Most Powerful Women in Cable and Top 100 Executives in Cable.

Ms. Tuzon is active in many philanthropic organizations and causes and in 2009 was honored as the Association of Corporate Counsel of America’s Pro Bono Counsel of the Year. She is a mentor with The Hollywood Reporter’s – Big Brothers Big Sisters – Women in Entertainment mentorship program, which pairs underserved high school students with leading women in the entertainment industry. At Fox, Ms. Tuzon extended the program’s reach by founding the studios’s mentorship program paring 35 legal executives annually with high school students in a long term mentoring relationship through high school to college. She founded Fox’s Sandwich Builders event, an annual food drive in which 2,000 meals are prepared for the homeless in Los Angeles. She also remains involved in the Northern California farming community where she was raised, building the reading and literacy programs at an elementary school serving the migrant farmworker community. Ms. Tuzon also actively volunteers with several sports and education-related organizations, including as a mentor many first generation students finding a path to college.

As a long-time board member and past president of the Board of Directors for the Legal Aid Foundation of Los Angeles, Ms. Tuzon was instrumental in founding and growing LAFLA’s pro bono program enlisting Los Angeles law firms to represent The community’s most needy in individual and impact advocacy. She co-chaired the annual Access to Justice dinner for over 15 years, and was instrumental in raising support to create safe and accessible offices for LAFLA’s clients and staff across Los Angeles and Long Beach.

Kirkland & Ellis is a tireless and outstanding champion of the rights of underserved members of our community. Over the last year in particular, Kirkland & Ellis attorneys have gone above and beyond in their commitment to serve the legal needs of LAFLA’s client communities.

Kirkland’s leadership on a case filed against the owners of a residential hotel, who illegally evicted their low-income tenants—as well as Kirkland attorneys’ commitment to the clients, and their willingness to continue to devote resources and over a thousand pro bono hours to support the large-scale case—led to a favorable resolution for the clients. Kirkland attorneys have also been regular supporters of LAFLA’s many other projects and clinics, enabling LAFLA to expand its limited resources to serve the growing legal needs of low-income clients in the community.

Take a look back at 2018’s Access to Justice Dinner

Take a look back at 2017’s Access to Justice Dinner

Take a look back at 2016’s Access to Justice Dinner

Take a look back at 2015’s Access to Justice Dinner