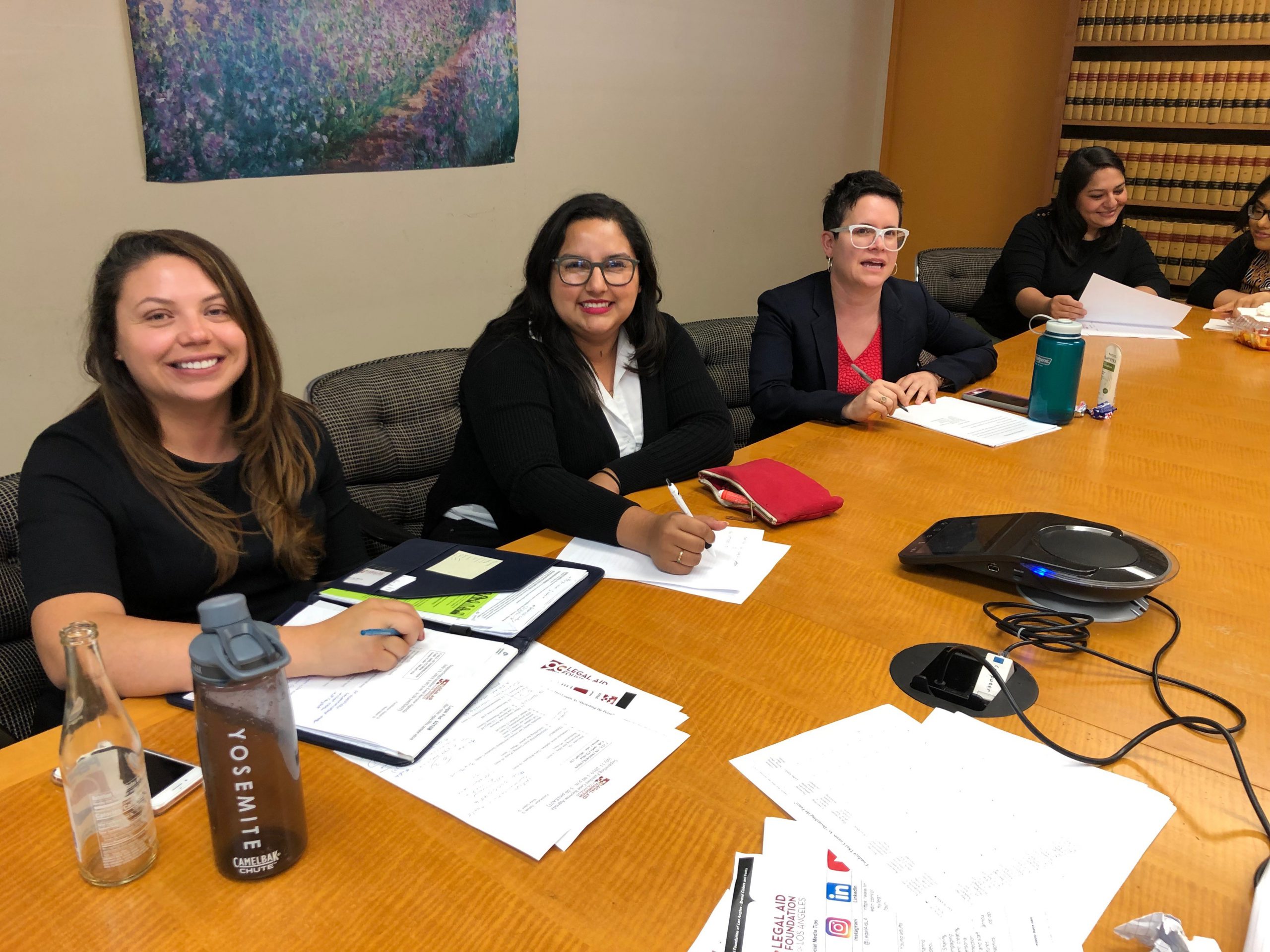 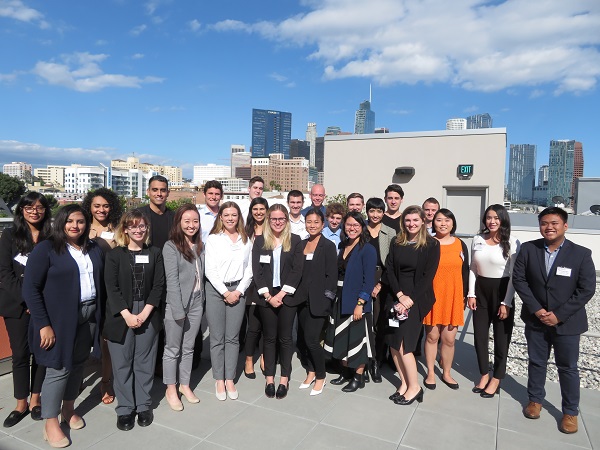 Our summer law clerks are part of the next generation of public interest lawyers. At LAFLA, we are proud to provide hands-on training across the wide scope of our services. Our law clerks have the opportunity to deepen their legal knowledge, refine their skills, and directly work with clients.

We spoke with some of our summer 2019 law clerks to learn about their experiences, making a difference in the lives of our clients—and how LAFLA has made an impact on theirs. 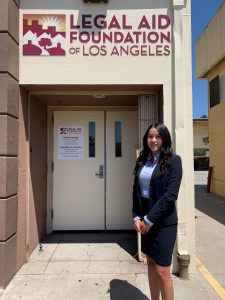 Lisseth Bayona, USC Gould School of Law
One of my favorite experiences this summer was contributing to an ex parte motion for preliminary injunction in a case against a landlord and property owner who were illegally evicting low-income tenants from their long-standing homes in Chinatown. The tenants had endured harassment by management for months, and many of them were disabled, sick, or elderly. The injunction was to rescind Notices to Terminate Tenancy that would have forced the tenants out of their homes in just a few short weeks. If evicted, they could not afford to live anywhere else in the city and would likely become homeless.

Working on the motion with the talented staff attorneys in LAFLA’s Housing and Communities Workgroup gave me invaluable insights into the drafting process. My supervising attorney provided me with the opportunity work on many sections of the motion where I researched a new area of law, developed legal arguments, and helped tell our clients’ moving stories. I am happy to have had the chance to contribute to such important work. 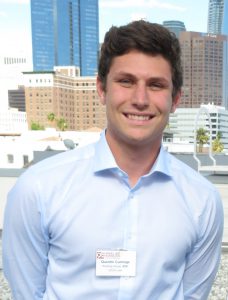 Quentin Cumings, UCLA School of Law
An elderly couple came into the office in June looking for representation. They had lived in their apartment undisturbed for more than 10 years, and paid their rent—that was well below the market rate—in a specific manner: three months in advance, at the beginning of every quarter. The husband often required extensive hospital care and he paid the rent in advance to avoid the possibility of missing a payment. In early 2019, the building was sold to a new owner, and our clients paid the rent in the same manner they always had. The landlord claimed that she received the first check, but not the other two checks in the same envelope. Without comparable housing in the area, losing this apartment meant that our elderly clients would lose the ability to live independently. The husband, who is 93 years old, documented every interaction with the landlord and all of his attempts to pay the rent.

Eviction Defense Center (EDC) Attorney Eric Daco heard this story and recognized the injustice. We met the couple less than a week before their trial date, and the entire team was all hands on deck to prepare. As a law clerk, I had the opportunity to draft cross-examination questions, and several of my questions were asked of the plaintiff at trial! The EDC team is accustomed to this fast-paced litigation and I have personally seen the team secure positive outcomes for dozens of at-risk tenants this summer. The couple was no exception: Thanks in no small part to the work of Eric and the entire EDC team, the trial judge ruled in their favor. The couple won the right to stay in their unit and maintain their independence. The wife hugged me after the trial was over and said, “Thank you so much for everything you do.”

The rewarding work done by the EDC team is the perfect summer experience for public interest-minded law students. 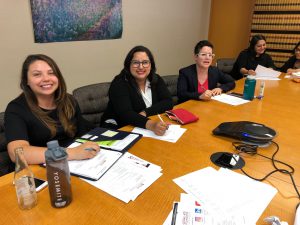 Maya Galicia-Canto, UC Hastings School of Law (second from left in picture)
When I first met Anna, she was angry and frustrated. She had fled from New York to California a few months before to get away from her abusive ex-boyfriend, but had to leave their two children with him so as not to violate a previous custody order. She had been to so many agencies and non-profits that told her confusing and conflicting information, and finally came to our clinic seeking a restraining order against her ex-boyfriend. By the time I sat down with her, she had already told her story so many times that getting the relevant information from her waschallenging to say the least.

Working at the Long Beach Domestic Violence Clinic, I had seen my share of less-than-forthcoming clients. Embarrassment and shame are not strangers to the clinic. But this was the first client I had helped who was openly angry. Before starting the paperwork, I needed to have a moment with her. I introduced myself, and told her that I knew she was frustrated and I was there to help. She did not calm down immediately, but as I went through the request with her she began to relax and see me as a friend, not a foe, in getting her restraining order. I was not sure if the temporary restraining order would be granted since none of the abuse had happened within the last few months, but I spent three hours with Anna putting together the strongest request we could.  Once we were done, I walked her to the clerk’s office to file and she sincerely thanked me. Her demeanor had completely changed from when I sat down with her. I wished her luck and returned to the clinic.

A few hours later, she returned to the clinic. I panicked, thinking something had gone wrong. Instead, to my surprise, she gave me a big hug. The temporary restraining order had been granted. 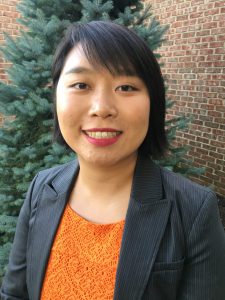 Ivy Yan, Harvard Law School
I worked with a disabled homeless client who had transferred her Section 8 voucher to another housing authority because she located a unit in their jurisdiction. However, the landlord failed three inspections and the unit could not be approved, eating up much of the limited time she had to use the voucher. When she tried to transfer her voucher back to the original housing authority, whose territory was more convenient to her doctors, she fell between the cracks of the two bureaucracies. The receiving housing authority closed her case and the original one kept telling her that her voucher had expired. Meanwhile, she had already been homeless for seven months and rejected by many landlords who refused to accept Section 8.

Through internal advocacy with the original housing authority, I laid out what had happened to our client and requested a reasonable accommodation and reissuance of her voucher. Thankfully, the housing authority agreed to a five-month extension of her voucher, which we hope, combined with a new anti-Section 8 discrimination ordinance, will enable her to find safe, stable, and affordable housing.

I have been lucky to work on this matter, as well as larger-scale impact litigation and policy advocacy, with the amazing advocates in LAFLA’s Housing and Communities Workgroup this summer. I look forward to applying the lessons I have learned to my practice at the Harvard Legal Aid Bureau when I return to school in the fall. 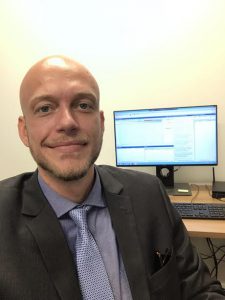 Tyson Gibb, USC Gould School of Law
One client was a teenager when she found out that her mother had fled domestic violence in another country, bringing her to California as a toddler. She did not discover her immigration status until high school. When student organizations invited her to travel internationally because she demonstrated excellence she had to tell them she could not. Years later, she married a U.S. citizen, but he refused to sponsor her because he was a serious abuser. He threatened to call authorities and have her deported if she did not obey him. He began physically abusing her weekly. He punched her squarely in the face. Slapped her, strangled her, and battered her. When he pulled a large knife out, she feared for her life. She knew that if she did not leave him it could mean her death. She finally called the police, even though they made her nervous. What if they found out she didn’t have the right papers? Would they deport her to a country where she had never lived as an adult? A country to which she had no real connection?

These are the questions that come to LAFLA, and this is where I came into the story. My job was to help her file for employment authorization and adjustment of status as a VAWA (Violence Against Women Act) self-petitioner. I met with the client and took detailed notes of her abuse and experiences. Then I drafted her declaration, filled out the United States Citizenship and Immigration Services forms, and compiled the necessary evidence to comply with the government’s statutory eligibility requirements.

Day after day, stories like this come into the office. I cannot imagine what clients would go through without LAFLA. These are people who cannot afford to pay thousands of dollars for a private attorney. Working here has been one of the most rewarding experiences of my life. LAFLA attorneys have shown me nothing but extreme kindness and extreme competence. The diligence and the legal knowledge of the professionals is equal parts inspiring and humbling. I could not have picked a better place to call work.

To learn more about our opportunities for law students and recent law school graduates, please visit our website.